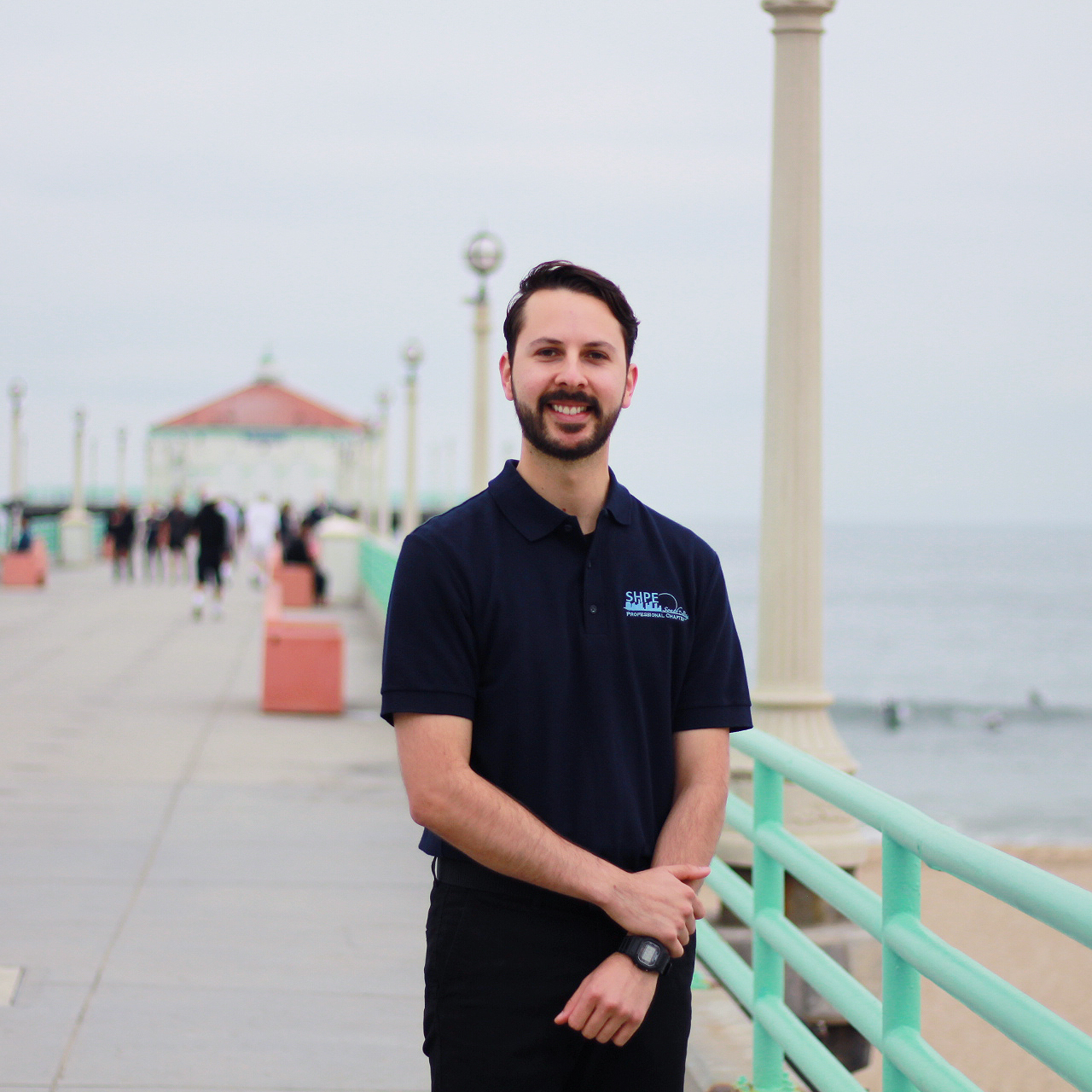 Gerardo obtained his Bachelor and Master of Science in mechanical engineering from the University of California, Los Angeles (UCLA). He works as a mechanical engineer at Raytheon where he designs and tests satellites for earth science research. He decided to become a member of the SHPE SBLA board because as a first-generation college graduate, he received support from mentors throughout his journey in engineering school. Now that he graduated, it’s his turn to fill the shoes of a mentor as many did before him. As a board member he does everything he can to spread the SHPE mission; provide STEM awareness, access, support, and development to empower the Hispanic community. 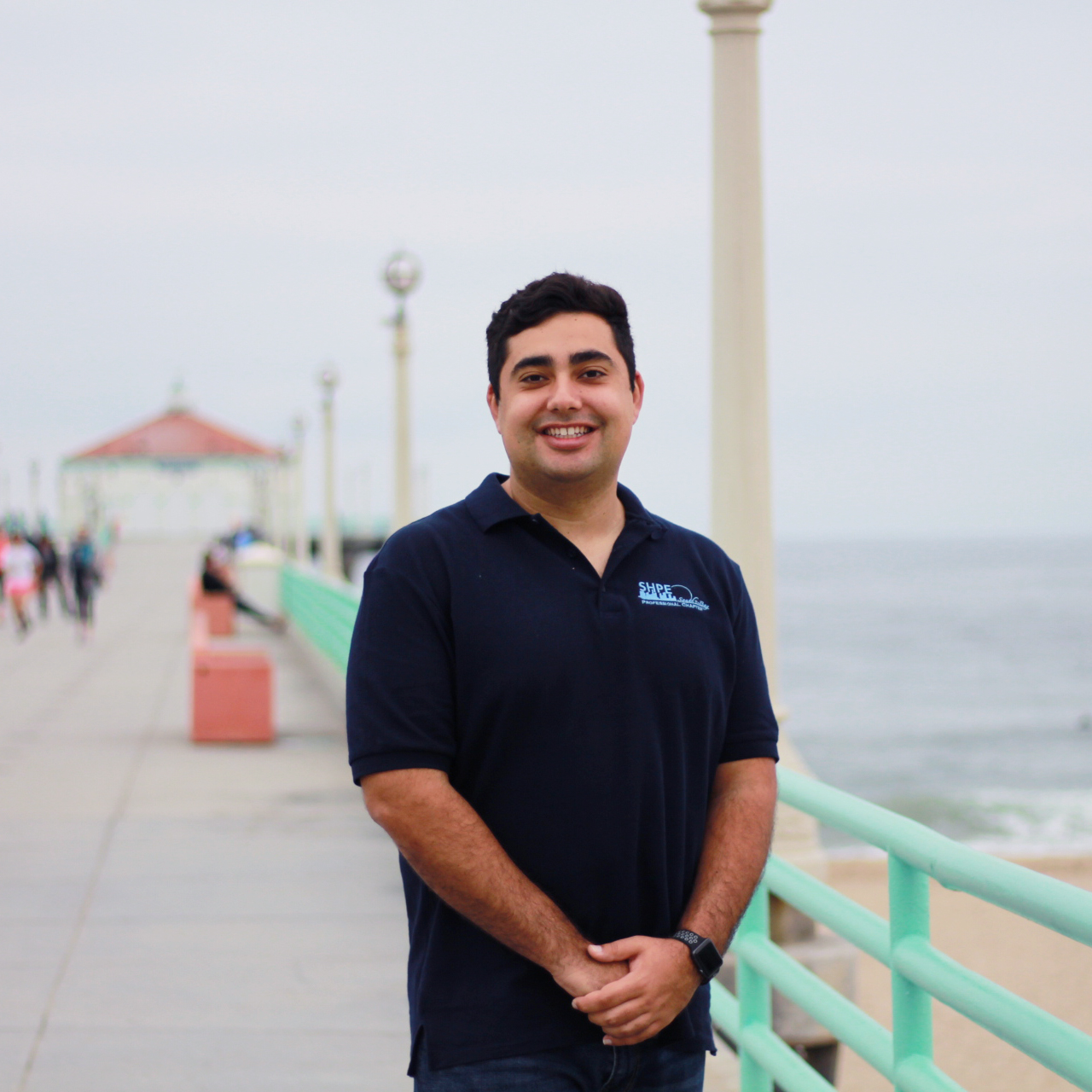 Andre obtained his Bachelor of Science in Electrical Engineering from the State University of New York at New Paltz and his Master of Science in Astronautical Engineering from the University of Southern California. He now works as a Systems Engineer at Northrop Grumman where he does mission engineering, applied research, and business development. He decided to become a part of the board to give back to the community and help develop the next generation of hispanic engineers. 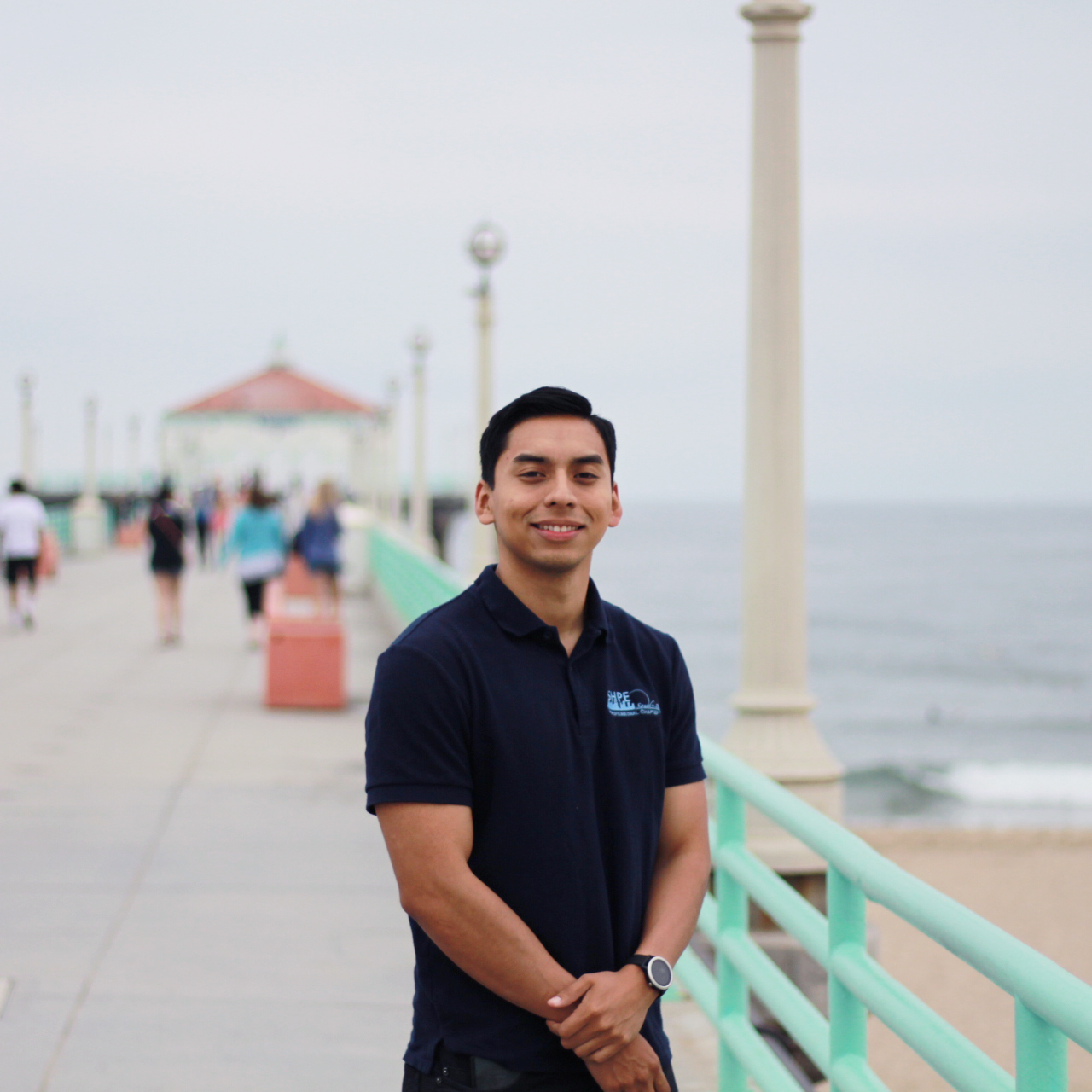 Juan obtained his Bachelor of Science in Mechanical Engineering from Arizona State University in December 2017. He now works as a Mechanical Engineer at Raytheon where he helps design and manufacture components for GPS avionics on fighter aircraft platforms. This helps with positioning, navigation, and timing of tactical warfare for national security. Juan decided to become a part of the board because he believes in the STEM pipeline and promoting STEM from the K-12, college, and the professional level. 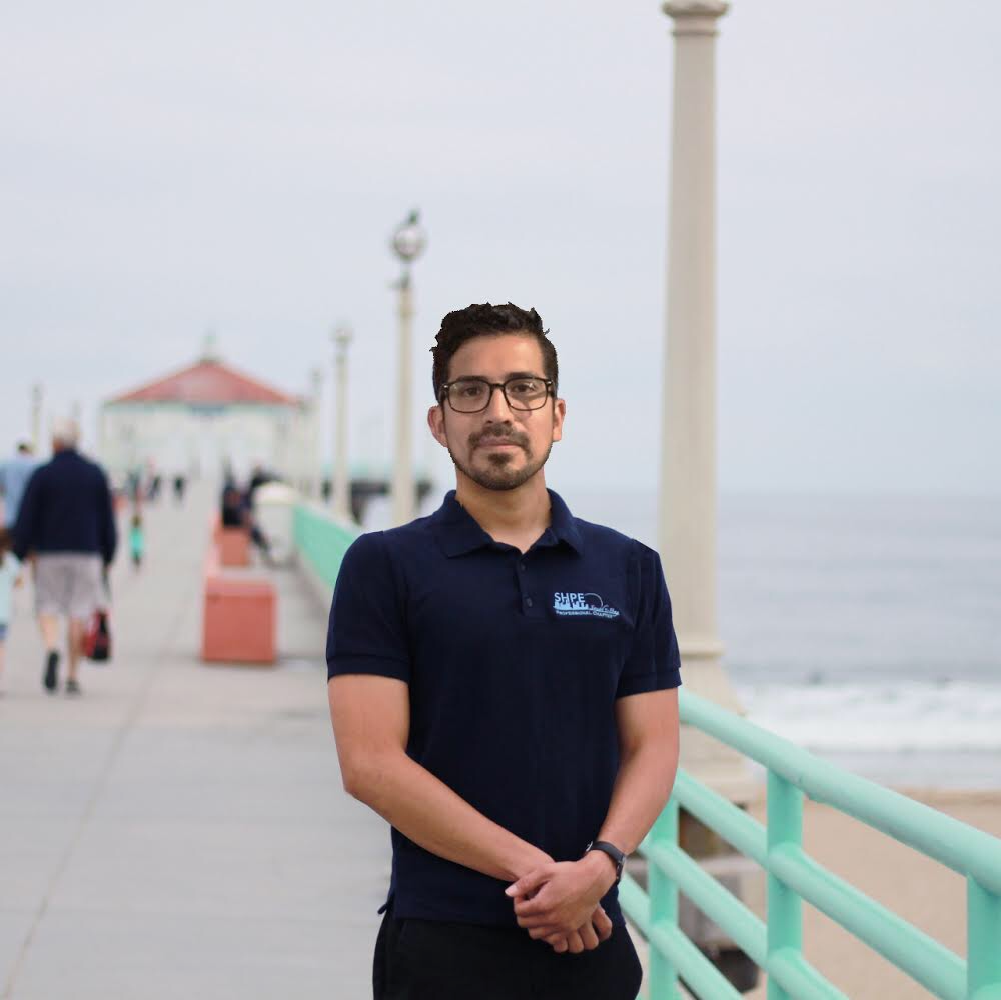 Miguel obtained his Bachelor of Science and Master of Science in Civil Engineering from the California State University, Los Angeles. Currently works as a Project Engineer at Beyond Engineering, Inc where he provides structural consulting for various building types and materials. Projects include new single and multi-family homes, commercial tenant improvements, and seismic retrofit of existing buildings, working closely with different Architects and Builders to provide the most efficient structural design. After having been involved with different student organizations during in college, he now wants to give help give back in helping to promote education and careers in STEM. 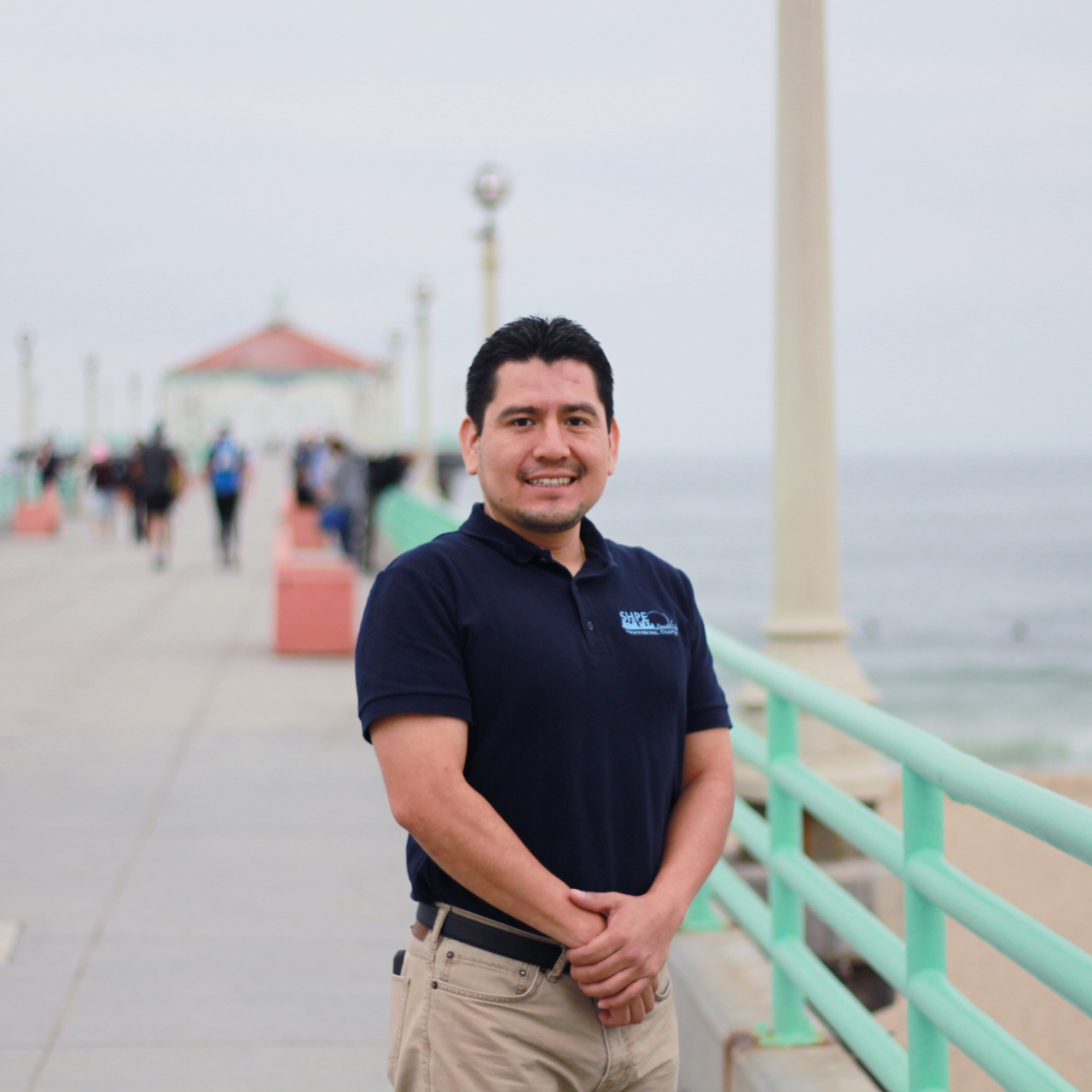 Manuel graduated from California State Polytechnic, University of Pomona with a Bachelor of Science degree in Electrical Engineering. After a few years of working as a System Test Engineer he returned to Cal Poly, Pomona for a Masters in Electrical Engineering with an emphasis in Analog and Digital Communications. Manuel holds an MBA from the University of Pepperdine with an emphasis in Finance. With over 12 years of experience in the Aerospace industry, he has worked on various programs in both Space and Air. He has also studied in areas of manufacturing and entrepreneurship.

In his spare time he volunteers for the Big Brother Big Sisters of America Organization. He first became involved with SHPE during his undergraduate studies and believed in the work SHPE does for students. He hopes to develop himself as well as others professionally during his time at SHPE SBLA. 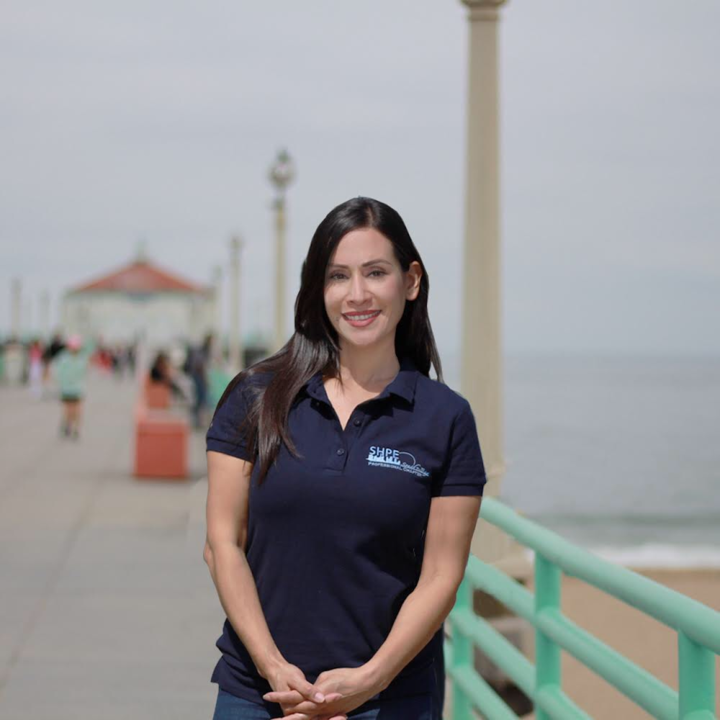 Cindy Serafin-Marquez graduated with a bachelor’s degree in Business Administration and Management and an Associate’s Degree in Journalism. Cindy has 20 years’ experience in the banking industry specifically in leadership roles. She successfully improved sales and service throughout the organization. She holds the title of Director of Express Service Officers. Cindy oversee 7 offices that are embedded in various locations such as Boeing, Aerojet Rocketdyne, VA San Diego, VA Loma Linda and Pacific Life Insurance.
In her role she supports and educates her team to allow them to be successful in their roles. Her role also allows her to play an active role in the community.
Financial Partners Credit Union is a Rockwell Heritage credit union. The Credit Union was created when 8 North American Aviation employees got together to help their employees get loans at better rates than the what the banks were offering. 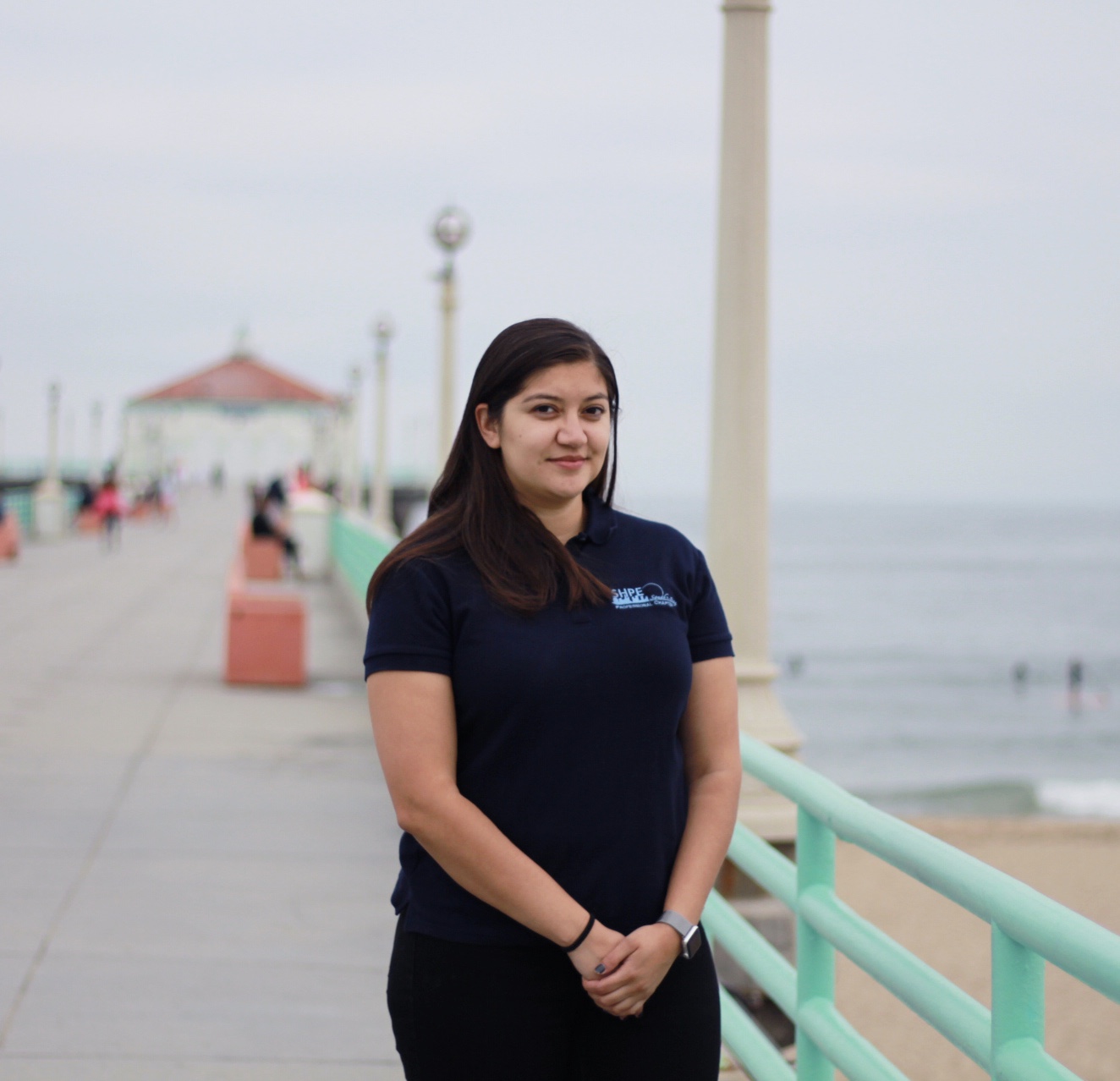 Rosa obtained her Bachelor of Science in Structural Engineering and a minor in Urban Planning from the University of California, San Diego and Master of Science in Architectural Engineering from California Polytechnic State University, San Luis Obispo. She now works as a Structural Designer at Critical Structures where she provides structural consulting for a wide range of projects such as new, existing, or historic buildings, deferred submittals, and product approvals. She decided to become a part of the board because she feels she has gained enough professional experience to be able to reach out and help others thinking about and education and/or career in STEM. 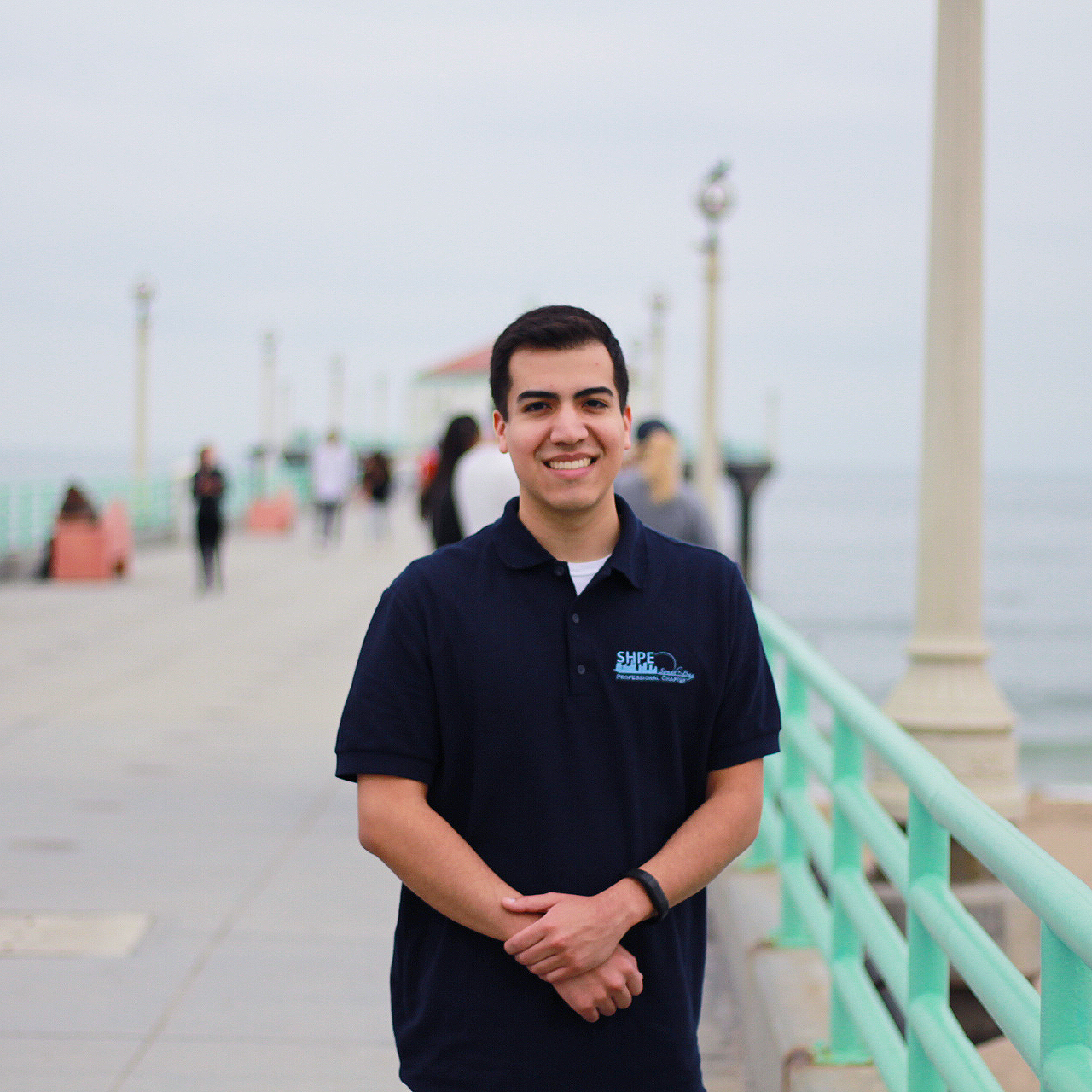 Christian received his Bachelor of Science in Mechanical and Aerospace Engineering from the University of California, Davis in December 2018. He recently began work as a Mechanical Engineer within Raytheon’s Space Systems Component Engineering group. In this position, he ensures that the electronic components used for many of the space programs are up to date and have appropriate testing requirements. Christian decided to join the board to be a part of the SHPE familia and establish events that would foster professional and community growth. 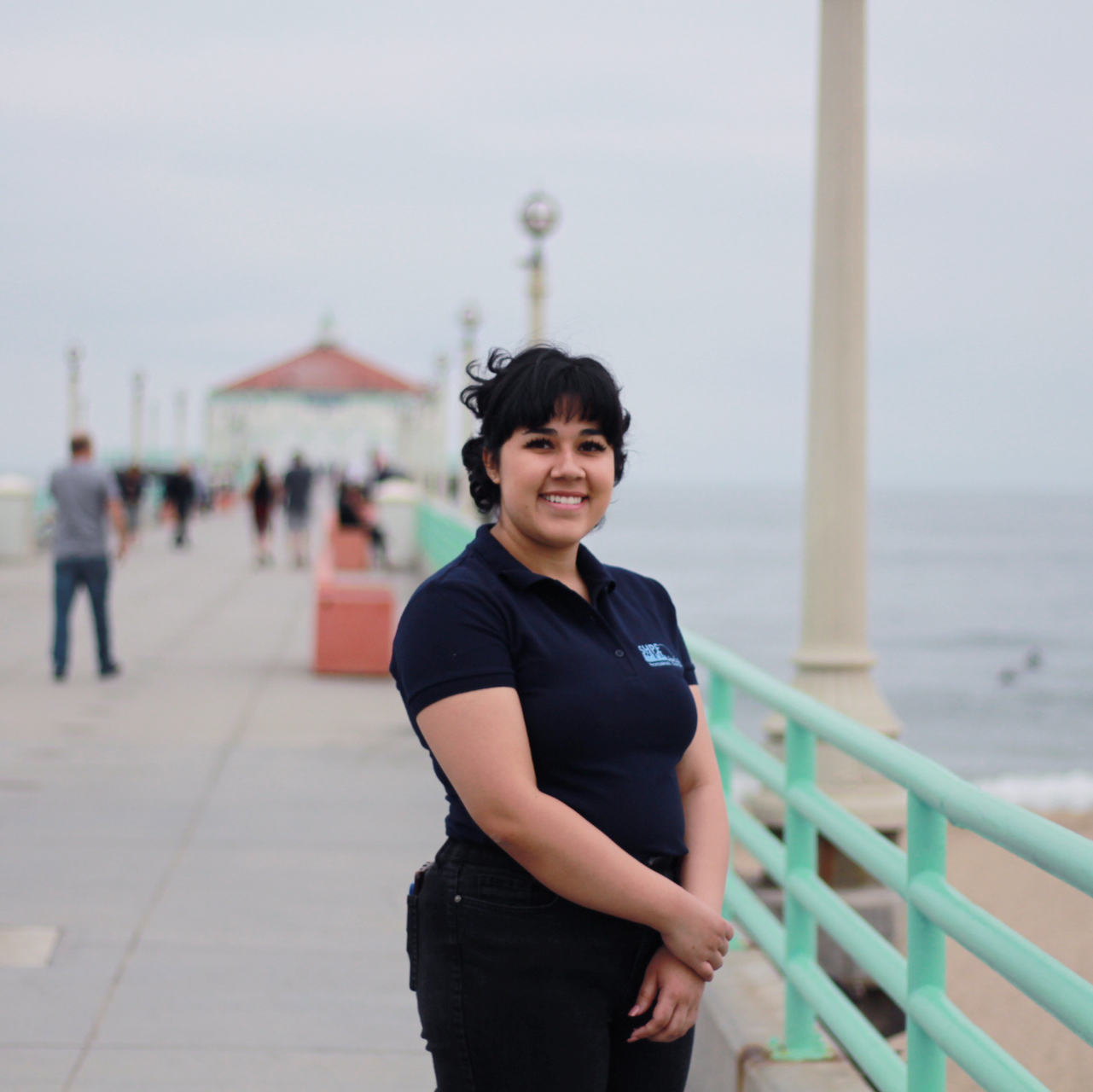 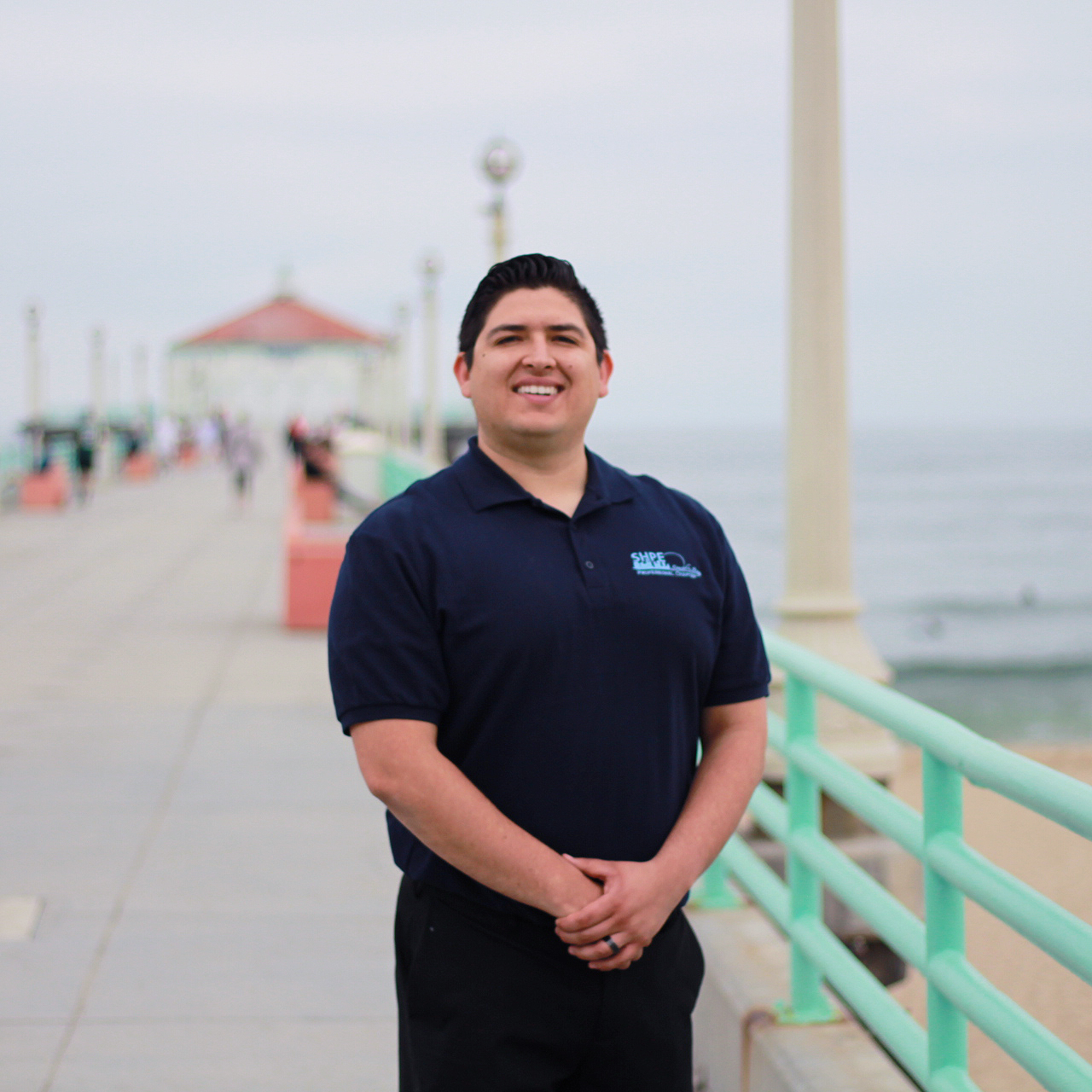 Miguel obtained his Bachelor of Science in Chemical Engineering from the University of California, Irvine. He now works as a Process Engineer at Chevron where he provides technical support for a running operation that makes gasoline and other fuel products to power our world. He develops new ideas to improve safety, reliability, and optimization of the processes. He decided to become a part of the board to actively identify opportunities for others and himself to give back to our communities. He also joined to bridge the gap with our MAES counterparts, who have the same goals of empowering young Latino(a) students to reach their potential in STEM fields.